Hispanic Homeownership on the Rise 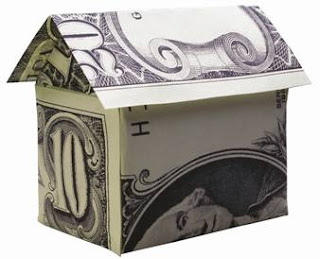 
The dream of homeownership is becoming a reality for an increasing number of Hispanic homebuyers, who have traditionally faced obstacles such as language barriers and rigid lending rules. Today, almost 28 percent of new homebuyers in California are Hispanic, thanks in part to a rapid advance into the middle class and innovative efforts like Pardee Homes’ personal mortgage consulting program.

“Though Hispanics are among the fastest-growing population in our state, the barriers for Hispanic homeowners have been steeper than for other groups,” explains Jose L. Cer-vantes, a San Diego-based mortgage consultant for Pardee Homes. “For example, the process of qualifying for a home loan can be difficult to navigate. Some prospective Hispanic homeowners did not have long-term credit histories. Our program is designed to help families learn the process step-by-step and overcome many personal homeownership barriers to help build strong communities. Many Pardee Homes consultants also are bilingual.”

Since 2000, there has been a dramatic increase in the number of Hispanic homebuyers, according to DataQuick Information Systems, a San Diego real estate information company that reviews and analyzes public real estate records. Nationwide, the rate of home ownership among the nation’s 42.7 million Hispanics hit a record 50 percent in the last quarter of 2005, reported the Department of Housing and Urban Development.

In California, that dramatic trend continues as Hispanics purchase home at record rates, even in a slow home sales market. A DataQuick analysis showed that Hispanic surnames topped the list of most common names of buyers in 2005. In fact, four out of the top five names were Hispanic with Garcia, Hernandez, Rodriguez and Lopez coming in at the top four spots. Only one was in the top five in 2000.

“Homeownership is the first step for many families to achieve the American dream,” says Cervantes. “Lower interest rates and more flexibility in lending rules have helped Hispanics achieve this goal. Not so long ago, some lenders would not consider a spouse’s income when evaluating a home loan. Now, we look at various relatives – wife, brother, uncle, etc., who can help a family qualify by pooling their earnings.”

Cervantes continues, “It all goes back to the basics. To qualify for a home loan, there are three necessary requirements: good credit history, reserves and assets and employment that makes sense for what you’re buying. That’s where we come in – educating the buyers and walking them through every step in the process.”

Cervantes adds that he works with many Mexican nationals buying second homes in the United States, and says that they often struggle to establish the first requirement, good credit history. That is due in part because they have not worked with American banks. However, more education is changing that picture, he says. “More and more, Mexican citizens realize how important it is to build a good credit history and are willing to build that so they can get the best loans available.”

Reflecting the trend in Hispanic home ownership, Cervantes says he sees many families who are U.S. citizens, but want to live close to the border, so they can be closer to family and cultural ties to Mexico. One of Pardee Homes’ newest communities, Esmeralda, seeks to serve that need. The architecturally-inspiring community is a highly desirable location overlooking the Pacific Ocean and just a short drive from downtown San Diego or Baja.

Additionally, California’s Hispanic population is expected to grow by at least 7.2 million between 2000 and 2020, accounting for more than two-thirds of the expected growth in the state, according to the Congressional Hispanic Caucus Institute. By 2040, Hispanics will become the majority population group in California, a trend that will be reflected in market demand for homes in the state.

Cervantes plans to be ready. “Real estate is a cyclical industry, but Hispanic home ownership will have an enormous economic effect in the next few decades,” he says. “I want to put people in place for the next cycle. By getting them in a solid financial situation now, they will be ready when the next cycle starts,” he concludes.
at January 30, 2008