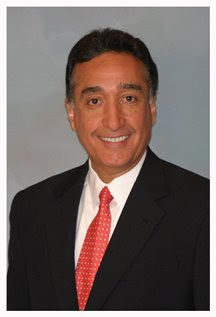 Last update: 7:46 p.m. EDT Aug. 27, 2008
DENVER, Aug 27, 2008 /PRNewswire-USNewswire via COMTEX/ -- Henry Cisneros, former secretary of the US Department of Housing and Urban Development (HUD), declared today that the housing industry is in a "truly dangerous place" and that significant steps must be taken by the next administration to address the mounting problems.

Mr. Cisneros spoke at a housing forum at the Democratic National Convention that was hosted by the Federal Home Loan Bank of San Francisco (FHLBank San Francisco). Mr. Cisneros said the stakes are high because housing "is so embedded in the overall economy," and the situation "continues to get worse."

"Today, we cannot say how it will turn out," Mr. Cisneros told the gathering at the Colorado Convention Center. Joining him on the panel were Marc H. Morial, president and CEO of the National Urban League, and Maurice Jourdain-Earl, managing director of Compliance Technologies. The panelists reflected their personal views during the forum, and those views were not necessarily endorsed by the FHLBank San Francisco.

Dwight Alexander, vice president of legislative affairs at FHLBank San Francisco, set the stage for the discussion by noting that the housing industry has been beset with foreclosures related to sub-prime loans, depreciation of property values, tight credit by the banks and problems at the mortgage giants, Fannie Mae and Freddie Mac, which are suffering millions of dollars in losses each quarter.
"The housing industry is facing serious problems, and we brought this talented panel together to help us better understand the issues and what the solutions might be," Mr. Alexander said.

With the economy staggering along, Mr. Cisneros said the new administration next year will be forced to pass a second stimulus package. He said it must contain measures to deal with the credit crunch that is curtailing investments and lending. "We won't get the job machine started without credit," he said, adding that measures must also assist people and communities hurt by foreclosures, assist those who will be hurt in the future and increase the supply of affordable rental housing.
Mr. Morial agreed, but said an emphasis must be placed on homeownership. He noted that government programs, such as the GI Bill, were the foundation for the growth of the middle-class in the 70s, 80s and 90s. "Homeownership must be a goal," he said. "The goal for the nation must be to close the homeownership gap between whites and people of color."
Mr. Morial also said that any measures aimed at improving the credit situation for banks must also include a national law against predatory lending.
Meanwhile, Mr. Jourdain-Earl gave the audience a clearer picture of sub- prime borrowers. His company is a leading provider of technology that analyzes lending patterns across the country. His data determined that while the majority of sub-prime loans went to non-Hispanic whites, there was a much higher concentration of sub-prime loans to people of color.
"Whites had more sub-prime loans than all minorities combined," he said, but added that more than 50 percent of the loans to African Americans were sub-prime loans.