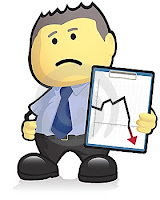 LOS ANGELES — Asians, many of them living in foreclosure-ravaged California, suffered the sharpest drop in homeownership last year, eclipsing declines felt by whites, blacks and Hispanics, according to new Census data.

The decline was surprising, because Asians tend to earn more than other minority groups and have less debt. But one out of three Asian homeowners lives in California, which has seen foreclosure rates skyrocket and home values plummet since the housing bubble burst. And that appears to have disproportionately exposed them to the effects from the housing collapse, experts suggested.

The U.S. homeownership rate fell to 66.6 percent last year, the lowest in six years, after hitting a peak of 67.3 percent in 2006, according to figures from the American Community Survey, which was released Monday by the U.S. Census Bureau.

The decline was 0.88 percentage points for blacks to 45.6 percent. Hispanics experienced a similar decline, down 0.80 to 49.1 percent. Whites suffered the smallest decline, down 0.40 to 73.4 percent.

But because Asians only represent 3.3 percent of all U.S. homeowners, the decline in the number of black and white households was greater. The number of Hispanic homeowners actually rose, reflecting trends in immigration and higher birth rates.

Nevertheless, as a population group, Asian homeowners fared far worse than others.

That revelation surprised some experts such as Edward Wolff, an economist at New York University.

"Based on their income and relatively low debt, one would expect that they would have a smaller decline in homeownership," Wolff said.

The median annual household income for Asians was just over $70,000 last year, higher than for any other racial group.

"It's possible that it's a regional effect," Wolff suggested. "There's a high concentration of Asian-Americans in California, and California got particularly hard hit by property (price) declines and high foreclosure rates."

While foreclosures have been declining on a monthly basis in California this year, the state continues to have the most foreclosures in the country and one of the highest rates of foreclosure-related filings, according to RealtyTrac Inc.

The drop in homeownership is a reversal after the housing boom years, when minorities in the U.S. took advantage of easy access to financing and became homeowners.

Minorities haven't lost all the gains reaped during the housing boom years, but data from 2009 could begin to show otherwise, said demographer Mark Mather with the Population Reference Bureau in Washington D.C.

"So far these rates are still higher than they were back at the beginning of the decade, but it could be that this data are too young," he said. "We need to wait for the 2009 data because we're really just capturing part of the recession at this point. And the really high double-digit unemployment didn't hit until earlier this year."

Jennifer Nguyen and her husband Mike Truong are among this year's once-again renters, who will be counted in the 2009 Census survey that will be released next year.

But financial problems mounted after Troung, a truck driver, saw business slow along with the economy. The couple fought to hang on to their home, but couldn't refinance because the property's value had dropped sharply. Attempts to get their mortgage loan modified also failed.

In June, the bank took possession and sold it at auction.

"At that moment my body was numb," Nguyen, 30, wrote in an e-mail. "Our first chapter of our life has been shredded and we are now ready for a new fresh start."