Mortgage/Housing Crisis Hits Latinos: The Press Spins it Again!
Author: Joshua Dorkin • URL: http://www.biggerpockets.com/ January 8th, 2009 •
The Associated Press just released a troubling article regarding the Latino community and the housing crisis. If you were to glimmer through the headline and a paragraph or two, you’d think that Latinos are helping drive the housing crisis as a whopping 9 percent happen to be behind in their mortgage payments.
"Nearly one in 10 Latino homeowners fell behind in mortgage payments last year, and about 3 percent said they had received a foreclosure notice, a Hispanic research group reported Thursday.The Pew Hispanic Center’s survey of Hispanic adults found that 9 percent said they missed a mortgage payment or made a partial payment during the past year. "
We’re going to see article after article about this study, and the press will likely put their usual spin on the situation.
Sometimes Bad News is Actually Good News
What most people who see this and the other media pieces won’t get to is the part of the article that tells us that the Latino community is actually handling itself better than the US as a whole.
"The strain felt by Hispanic homeowners seemed consistent with that of all U.S. homeowners. The Mortgage Bankers Association reported last month that a record one in 10 American homeowners with a mortgage was at least one month behind on payments or in foreclosure at the end of September 2008."
So, why is the press not pointing out the fact that there is a 1 percent gap between the rate at which Latinos are faltering and the rate that Americans in general are faltering? Obviously, if you remove the margin of error, there probably isn’t much of a difference in these rates, but why do we have to point out certain communities?
What is shocking is that despite being targeted with subprime and other exotic loans, this community is faring pretty well relative to the rest of the country.
How about the mainstream press write about that?
:) I would like to thanks Joshua for sharing this great blog with our community.
Gracias,
Bill Arce
at January 19, 2009 No comments:

In 2008, demand for HUD-approved counseling increased significantly. Meanwhile, the number of foreclosure rescue scams has also increased in response to the nation's housing crisis. "This campaign is a call to action for families at risk of losing their homes," said Preston. "We want people to pick up the phone and call a HUD-approved housing counseling agency before they reach a point of no return. Keeping your home may be as easy as dialing 877-HUD-1515."Many troubled homeowners seek help late in their financial crisis thereby limiting their loan modification options.

HUD's campaign will target homeowners who are three-to-six months from defaulting on their mortgage, facing a reset on their adjustable-rate mortgage, or are experiencing a family crisis such as unemployment or skyrocketing health care costs in 2009. The "Keep Your Home. Know Your Loan." campaign will include print, radio and television public service announcements, as well as a tool kit for non-profit counseling agencies that will support the effort. In each PSA, consumers are directed to call HUD's toll-free counseling hotline (877-HUD-1515) to arrange free face-to-face meetings with a counselor near them.

A recent HUD study noted a 55 percent increase in the number of clients receiving foreclosure prevention counseling between 2006 and 2007. Of the approximately 136,000 families that completed this counseling during 2007, 45 percent were able to remain in their homes while 14 percent ultimately lost their home through foreclosure. This report also found that in the years leading up to the current crisis, more than 55 percent of low-income families seeking to buy their first home did not seek out pre-purchase counseling. This lack of counseling likely left them unprepared to make one of the biggest financial commitments of their lives and may have contributed to some of today's high rates of default and foreclosure.

###
HUD is the nation's housing agency committed to increasing homeownership, particularly among minorities; creating affordable housing opportunities for low-income Americans; and supporting the homeless, elderly, people with disabilities and people living with AIDS. The Department also promotes economic and community development and enforces the nation's fair housing laws. More information about HUD and its programs is available on the Internet at www.hud.gov and espanol.hud.gov.

CHALLENGE: In light of the economic conditions, including declining home values and the increase of resetting mortgage rates, many Americans are facing significant challenges that are contributing to the alarming rate of foreclosures. HUD-approved Housing Counseling Agencies can help homeowners navigate their financial challenges.

However, counselors have more options to assist clients when homeowners call early in the process BEFORE they are in crisis.RESPONSE: Over the next six months, U.S. Housing and Urban Development is launching a national consumer education campaign urging homeowners to seek free, HUD-approved housing counseling advice.

The campaign is a call to action for homeowners and will target communities and demographic groups that are most at-risk.CAMPAIGN GOAL: Provide marketing and outreach materials, and technical support to assist housing counseling and non-profit agencies that provide services to homeowners. The hope is to target current homeowners to assist them in keeping their homes by:

Informing them of their loan terms and associated financial options;
Encouraging them to seek assistance early - CALL TO ACTION; and
Educating consumers on how to improve general financial literacy.

PARTNERS: HUD is urging community, cultural, faith-based and political advocates to become involved in the campaign. In addition, HUD is seeking homeowner associations, real estate brokers and other members of industry to take an active role. Visit the website and learn more.

TARGET CITIES: Six cities were chosen for the launching of the campaign which are New York, Miami, Chicago, Detroit, Los Angeles, and Phoenix.

CAMPAIGN BRAND AND HOTLINE: Keep Your Home. Know Your Loan.CALL 1-877-HUD-1515 for one of HUD's 2,600 approved Housing Counseling Agencies in your local area. Visit http://www.hud.gov/keepyourhome.
at January 14, 2009 No comments: 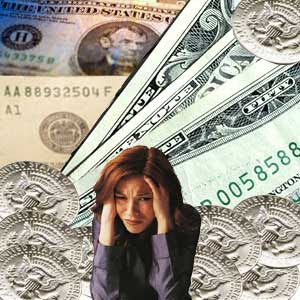 WASHINGTON -- U.S. Hispanics are being hit hard by the current recession, with 30 percent of them saying that their economic situation is bad, 68 percent sending less money back to family members in their home countries and 3 percent facing mortgage foreclosure, the Pew Hispanic Center reported Thursday.

The non-partisan research outfit said that Latinos and the general population view the current U.S. economic situation similarly, but the Hispanic community paints a darker panorama regarding their personal financial situations.Thirty percent of U.S. Hispanics feel that their finances are in bad shape, compared with 21 percent of the general population.Just 19 percent of Hispanics say that their situation is good and only 4 percent call it excellent.

The study reveals that 43 percent of Hispanics feel that their financial condition has worsened in the last year, almost the same percentage - 41 percent - who say they have detected no change. Only 15 percent say their financial situation has improved in the past 12 months.The effect of the recession is being felt among Hispanics, above all, in the real estate market, ......

A push for Latino homeownership by lawmakers and advocacy groups, followed by predatory lending, has contributed to a wave of foreclosures among Latinos, reports the Wall Street Journal.

In 2003, the Congressional Hispanic Caucus created a housing program for Latinos called Hogar, which is Spanish for home. Hogar worked with the mortgage industry and with advocacy groups to increase mortgage lending to Latinos. At the time, the Latino homeownership rate was 47 percent, compared to 68 percent for the overall population. The program seemed to be a success, with Latino homeownership soaring to 6.1 million by 2007, an increase of almost 50 percent over 2000. Homeownership nationally grew only 8 percent in the same period.

But the growth was fueled by "reverse-redlining," according to Aracely Panameno, director of Latino affairs for the Center for Responsible Lending. Lenders were seeking out Latino borrowers and pushing them into risky subprime loans. In 2005 alone, subprime mortgages to Latinos jumped 169 percent, according to the Federal Financial Institutions Examination Council.

Now statistics suggest that Latinos are paying the price with a surge in foreclosures. The Journal reports that in counties where Latinos make up more than 25 percent of the population, banks have taken back 6.7 homes per 1,000 residents since the beginning of 2006. That's compared to 4.6 per 1,000 residents in all counties. Part of the problem is that there are also large Latino populations in states like California and Florida where housing prices have fallen steeply.

Click here to read the full story in the Wall Street Journal.

Click here to read "The Housing Crisis: Blacks & Latinos Targeted" on DiversityInc.com.
at January 07, 2009 No comments: