FHA Commissioner Stevens to Address HUD's Role in Housing Recovery
Assistant Secretary of Housing and Federal Housing Commissioner for the U.S. Department of Housing and Urban Development, David Stevens, will speak at the opening general session of the AREAA/NAHREP Real Estate and Marketing Conference in Las Vegas on October 26th. In this role, Stevens is responsible for overseeing the $600 billion FHA mortgage insurance portfolio and HUD’s multifamily subsidized housing program. In addition, he oversees HUD's regulatory responsibilities in the areas of the Real Estate Settlement Procedures Act (RESPA), and the manufactured housing industry.

The event is the nation's single largest meeting of multicultural real estate professionals and will provide Commissioner Stevens an opportunity to discuss HUD's plans to increase homeownership opportunities for America's minority communities.

AREAA and NAHREP are non-profit professional trade organizations dedicated to promoting sustainable homeownership opportunities in underserved communities. Visit the organizations online at www.areaa.org and www.nahrep.org
at October 16, 2009 No comments: 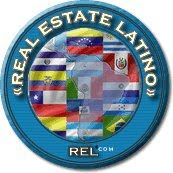 There are many times of financing options available to home buyers. Here are some of the most common mortgage products on the current real estate market: For more information or to apply for a mortgage visit. www.realestatelatino.com

Fixed Rate Mortgage
The interest rate on a fixed rate mortgage stays the same throughout the term of the loan, usually 15 or 30 years. This means the principal interest portion of your payment remains the same. Payments are stable but initial rates tend to be higher than adjustable rate loans and often cannot be assumed by a subsequent buyer.

FHA Loan
FHA does not lend money or make a loan; rather, it insures loans. The down payment can be as low as 3.5%. Either buyer or seller may pay discount points. FHA charges a 2.25% up front Mortgage Insurance Premium (or as little as 2% for a first time home buyer) that can be financed in the mortgage amount or paid in cash (no premium is required for condominiums). The borrower must also pay an annual Mortgage Insurance Premium or .5%, which is collected monthly.

VA Loan
The VA does not lend money; it guarantees a portion of the loan so that lenders who originate the loan feel comfortable with their risk. Qualified veterans can obtain loans with no down payment (Click Here For Local VA Mortgage Limit). VA-guaranteed loans can be combined with second mortgages and are assumable upon qualifying by any future buyer.
at October 06, 2009 1 comment:

Here is an article addressing the currently foreclosure crisis and how is affecting the Latino community. Please share it.

KANSAS CITY, KS (kcur) - The foreclosure crisis has brought a particular set of issues to Latino immigrants in the Kansas City area. Because of language barriers and the lack of a credit history, many immigrants are vulnerable to predatory lenders. They haven't faced more foreclosures than other groups. But when they do have housing problems, there are a few places where they can turn for help.

Carmen and Luis Amiel came to Kansas City about three years ago to buy a house.

"Because I lived 16 years in California and could never buy a house," Luis Amiel says. "Because it was too expensive."

Luis Amiel is from Peru, originally, and Carmen Amiel is from Mexico, where she had studied architecture. They met in Los Angeles, married and had three children. But then Carmen heard from some relatives about the good housing market in Kansas City.

She says they were excited about possibility of a house, with space for their kids, decent schools, and a quiet neighborhood. Her family recommended a real estate agent.

He sold the Amiels a $60,000 house with many structural problems. He promised to fix them, but never did.

Earlier this year, the Amiels came to Harvest America looking for help, when Luis lost one of his two jobs, and they fell behind in their mortgage payments. In the past year, Licha Ybarra's office has gotten hundreds of calls for help with loan modifications, mainly from Latino immigrant families.

"Someone just found out about Harvest America," Ybarra says. "And then we had all these calls; so we had a high volume of, unfortunately, foreclosure cases."

For Ybarra, it's been a stunning turn of events. About 15 years ago, she helped found one of the first local home-buyer programs geared towards Spanish speakers.

"There was a boom," Ybarra says. "In their countries, you have to be rich to buy a house and when they found out that all they needed was between a three percent and five percent down-payment. It was just word of mouth!"

In the late 1990s, several banks saw this as an under-served market. They began translating mortgage applications into Spanish, and accepted taxpayer IDs for those who didn't have social security numbers.

Ybarra says if they don't have traditional credit, she and the banks will work with home-buyers to come up with an alternative. But without that help, immigrants were at the mercy of some unscrupulous lenders.

In the past year, Ybarra says she's been able to help most families with bad mortgages get loan modifications.

Now this doesn't mean that Latino immigrants have had more problems with foreclosures than others. Ann Murguia heads the Argentine Neighborhood Development Association. She's been tracking foreclosures throughout Wyandotte County, where she's also a Unified Government Commissioner.

"Based on my experience in Argentine," Murguia says, "The number of foreclosures with migrants is few and far between."

Murguia's observations coincide with a national report from the Pew Hispanic Center, which says the rate of homeownership among immigrant Latinos has stayed the same in the past couple of years. That's even while homeownership has dropped for US-born Latinos, African Americans and whites.

"Migrants typically don't over-extend themselves," Murguia says. "It's a very conservative population, and they try to live within their means."

Murguia says even in situations where families have been the victims of predatory schemes, many will just keep paying a large portion of their incomes on loans they'll probably never pay off. And that's for modest homes.

Back at Harvest America, Licha Ybarra says some of these same predatory lenders are now charging families to do loan modifications.

Ybarra tells the Amiels, "Don't trust someone just because they speak your language."

And as for them, Luis Amiel hasn't been able to find enough work here. So he's thinking about going back to California, while Carmen and the kids stay in Kansas City.

"How sad," Licha Ybarra says, "That they'll need to be separated just to keep paying for their home."

This story was produced for KC Currents.

www.realestatelatino.com
at October 03, 2009 No comments:

Source: RISMEDIA, September 30, 2009—Nearly two-thirds of single-family home builders are reporting a severe lack of credit for housing production, threatening the fragile housing recovery before it has time to take hold, according to a new builder survey of acquisition, development and construction (AD&C) financing conducted by the National Association of Home Builders (NAHB).

“Across the country, home builders and developers are reporting a deterioration in credit availability and intensifying pressure on borrowers with outstanding loans,” said NAHB Chairman Joe Robson, a home builder from Tulsa, OK. “Lenders are cutting off loans for viable new housing projects and producing unnecessary foreclosures and losses on AD&C loans. With the pending expiration of the $8,000 first-time home buyer tax credit, these challenges threaten to halt any positive developments we have seen in the housing market in recent months.”

In the latest NAHB survey of AD&C financing conditions, 63% of builders stated that the availability of credit for single-family construction loans worsened in the second quarter of 2009.